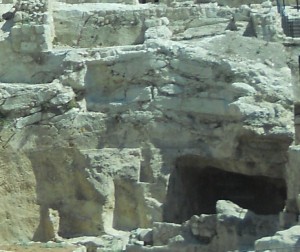 Her place of worship was in ruins.  Her country was on the verge of destruction.  I wanted to know what she though about the young leader.  She gave a warm greeting and agreed to visit with me.  She was respectful and her words came from maturity and deep relationship with her God.  Something about the way she spoke made me think she had more to do with King Josiah’s obedience to the God of Abraham, though she did not comment about that directly.

“Yes, I knew King Josiah. His reign began when he was only eight-years-old.   He carried a heavy burden during his short life.  However, he carried it well.  Those were terrible times.  His family had abandoned their God and his ways; their deeds were unbearable.  Yet, God was with Josiah, and Josiah was with God!”

“Why was Josiah’s life different, you ask?  Well, there was always of remnant of followers who were faithful to the One True God, King David’s God.  Priests, prophets, Levites and simple folk were faithful to His commandments.  They were in the fields, in the shops, even in the palace.  Many people saw how the other kings had strayed away from God.  The Prophets were constantly warning and pleading with the people.  Many rejected the men God sent, and persecuted them.  But some believed.”

“The Prophet Jeremiah was the same age as Josiah.  In fact about the same time God called Jeremiah to prophesy, Josiah began to take action to return Judah to the Lord.  Jeremiah stayed with Judah until the end.  The people called me a prophetess, but men like Jeremiah—Nahum—Habakkuk….these were great men of God who gave their lives to serve Him.  People came to me for advice, and sometimes God gave me a message for them.”

“Josiah was very brave, even as a young boy.  When he was only sixteen years old, he began to remove the false idols and places of worship.  He actually destroyed the images and the altars of Baal.  This shook the nation because he did not just ban false worship; he completely eradicated all idols, idol worship and places of idol worship throughout the kingdom.  He personally broke them, made them into dust and scattered them all over the graves of those who sacrificed to them. Judah had not seen this kind of courage for generations.”

“Then he came to Jerusalem and began to rebuild the temple.  It was a wonderful time for those who had remained true to God.  Some of the people changed their hearts and returned to God.  Others were simply afraid to return to their idols publicly, yet they never turned their hearts back to God.  Their idols couldn’t save them—yet they could not give them up.”

“One day Hilkiah, the High Priest, found the Book of the Law in the House of the Lord.  He gave the book to Shaphan, who was in charge of rebuilding the temple.  He reported to the King and read the entire words of the Law in front of the King.  When King Josiah heard the words, he was so distraught that he tore his clothes.  He knew Judah was doomed because of disobedience and idol worship.”

“The King sent his men to me and told me what had happened. I gave them the message God gave me for Josiah, and for the people of Judah.”  Huldah closed her eyes, remembering that day.  Then, with tears in her eyes, she repeated the message from God.  “I told them:   ‘Tell the man who sent you to me, this is what the LORD says, Behold, I will bring disaster upon this place and upon its inhabitants, all the curses that are written in the book that was read before the king of Judah. Because they have forsaken me and have made offerings to other gods, that they might provoke me to anger with all the works of their hands, therefore my wrath will be poured out on this place and will not be quenched. But to the king of Judah, this is what the LORD says: regarding the words that you have heard, because your heart was tender and you humbled yourself before God when you heard his words against this place and its inhabitants, and you have humbled yourself before me and have torn your clothes and wept before me, I also have heard you.  You will go to your grave in peace, and your eyes shall not see all the disaster that I will bring upon this place and its inhabitants’” (2 Chronicles 34:23-28).

“It broke my heart to deliver that message to the good King of Judah.  But then he called all the Priests and the elders, and all people, great and small, to Jerusalem.  He stood before them himself, and read the words of the Book of the Law.  He made a covenant to keep the law as long as he was alive.  And he kept his promise.  He continued to destroy all false idols and idol worship in the whole land and as long as Josiah lived, the people obeyed the statues of God.”

For a Bible study from this story, go to “The Women Speak” page.

But let all who take refuge in you rejoice; let them ever sing for joy, and spread your protection over them, that those who love your name may exult in you. Psalm 5:11 ESV