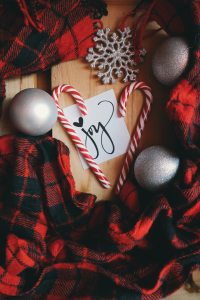 John shares these words from one of Jesus’ last times of teaching before he went to the cross:  So Jesus said to them, “The light is among you for a little while longer. Walk while you have the light, lest darkness overtake you. The one who walks in the darkness does not know where he is going. While you have the light, believe in the light, that you may become sons of light.”

In a very few days we will celebrate Jesus’ birthday.  I hope that this year we make it a priority to celebrate Jesus’ life!  By allowing Him to guide and direct us we will become light to a dark world around us.  And we may receive the joy that comes to us as we allow Jesus to live through us.

John leads up to the theme or purpose for his Gospel in this passage, continuing the “light” and “darkness” comparison.  First, he clarifies some important things about himself in vs. 6-7:

And in the same region there were shepherds out in the field, keeping watch over their flock by night.  And an angel of the Lord appeared to them, and the glory of the Lord shone around them, and they were filled with great fear. And the angel said to them, “Fear not, for behold, I bring you good news of great joy that will be for all the people. For unto you is born this day in the city of David a Savior, who is Christ the Lord. And this will be a sign for you: you will find a baby wrapped in swaddling cloths and lying in a manger.”  And suddenly there was with the angel a multitude of the heavenly host praising God and saying,

“Glory to God in the highest, and on earth peace among those with whom he is pleased!”

When the angels went away from them into heaven, the shepherds said to one another, “Let us go over to Bethlehem and see this thing that has happened, which the Lord has made known to us.”  And they went with haste and found Mary and Joseph, and the baby lying in a manger. And when they saw it, they made known the saying that had been told them concerning this child. And all who heard it wondered at what the shepherds told them. But Mary treasured up all these things, pondering them in her heart.  And the shepherds returned, glorifying and praising God for all they had heard and seen, as it had been told them.  Luke 2:8:19

Read John’s version of this passage which is found in John 1: 5-11.

What thoughts or feelings come to your mind from the following facts?

The baby Jesus entered a dark world.  The man Jesus lived and walked in a dark world, but he challenged the dark and brought light wherever he was.  The world has never been the same since Jesus walked among us and John explains how.

A major theme of John’s Gospel might be found verse in 1:14.  “And the Word became flesh and dwelt among us, and we have seen his glory, glory as of the only Son from the Father, full of grace and truth.”

But let all who take refuge in you rejoice; let them ever sing for joy, and spread your protection over them, that those who love your name may exult in you. Psalm 5:11 ESV